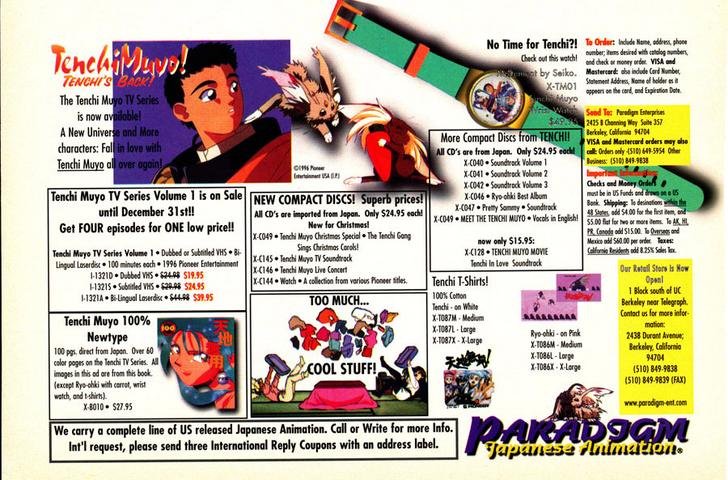 Longtime California anime store. (^_^) According to a 2009 history, Paradigm Japanese Animation started in 1994 as a convention and mail-order business, with a physical store located in Berkeley under that name from 1996 to 2003. After a move and a name change they became Anime V, sticking it out in Berkeley for 6 more years before moving to San Jose in 2009. (Not sure if they still have a physical store, though; their page seems to mostly be convention photos. Returning to their roots?)