Working on anything outside of this forum? Let us know!
Post Reply
9 posts • Page 1 of 1

The article I wrote several months ago for ANN is finally up! Happy to write about a series I'm passionate about

Took me a while to get back around to reading this - great piece, usamimi! GunBuster was something I always remembered people talking about in different circles but because it was so hard to come by between the US Renditions release and the Bandai Visusal USA release, I never saw it until I got the DVDs (which I then promptly bought on LD, too).


usamimi wrote:Others critique that it's a too different, too modern take on the original story and feels disjointed, which might have benefited instead being it's own unique story rather than trying to tie it in as a sequel. In fact, all the discourse over Diebuster kept me from watching it for years. Gunbuster was so close to my heart, I'm a little embarrassed to admit I was afraid that this sequel would somehow ruin it for me. But now that it's on Crunchyroll, I realize that it was just plain silly of me to think that way. The original will always be the original, and a sequel will never change that. And while I can now see the things in Diebuster that some fans didn't like, I saw a lot of things in it that really brought back a lot of memories as someone who's been watching anime for so long. If you've seen a lot of Gainax's catalog of work, you can see shadows of many of them in Diebuster.

I tried to get into DieBuster but something turned me off of it - maybe it was Nono's character design or the art style overall? I'm one of the few people (it seems) that just doesn't like FLCL. However, looking at how you put it in that quote, I'm willing to give it a shot.
Akihabara Renditions: Japanese Animation of the Bubble Economy
Excuse me, I need to evict some juvenile delinquents from my yard.
Top

Honestly, the way I see it is that the best way to watch Diebuster is just to go in forgetting that this has anything to do with Gunbuster. There are (few) ties to it, but frankly you're just going to go in with the wrong expectations if you have Gunbuster in your head while you watch it. It's really not the worst show in the world - it just gets juxtaposed to the wrong thing due to the title (not that anyone can be blamed for this - its original title is Aim For the Top 2 after all...). The comparison to FLCL is not unwarranted either; by the way I too am someone who was never really that into FLCL.

Someone to whom I showed both series remarked that they liked Diebuster much less because it felt much more tropey. Thinking about this again, I'm not sure that you couldn't levy a similar criticism against Gunbuster. He just wouldn't have known of the "tropes" that Gunbuster was playing off of because it was created by a different generation of otaku. I would have no hesitation in saying Gunbuster well exceeds its homage to tennis drama, and becomes something great worthy of its own merits (hell, when I realized how much more I actually liked Gunbuster, I still didn't know any of the "tropes" it was playing off of). Could I say the same for Diebuster? I used to think no, but I've come around somewhat on this. I think Diebuster's evolution does surpass any just merely being a potpourri of archetypes and tropes; it just isn't executed in the way that I would have wanted as a Gunbuster fan. As just a 6-episode long OVA? It's decent, but not the best thing in the world.
Name: Austin
Twitter・Blog
Top

We still need a US release with the original music.

I was interested in Gunbuster back when I first saw this in my local comic store: 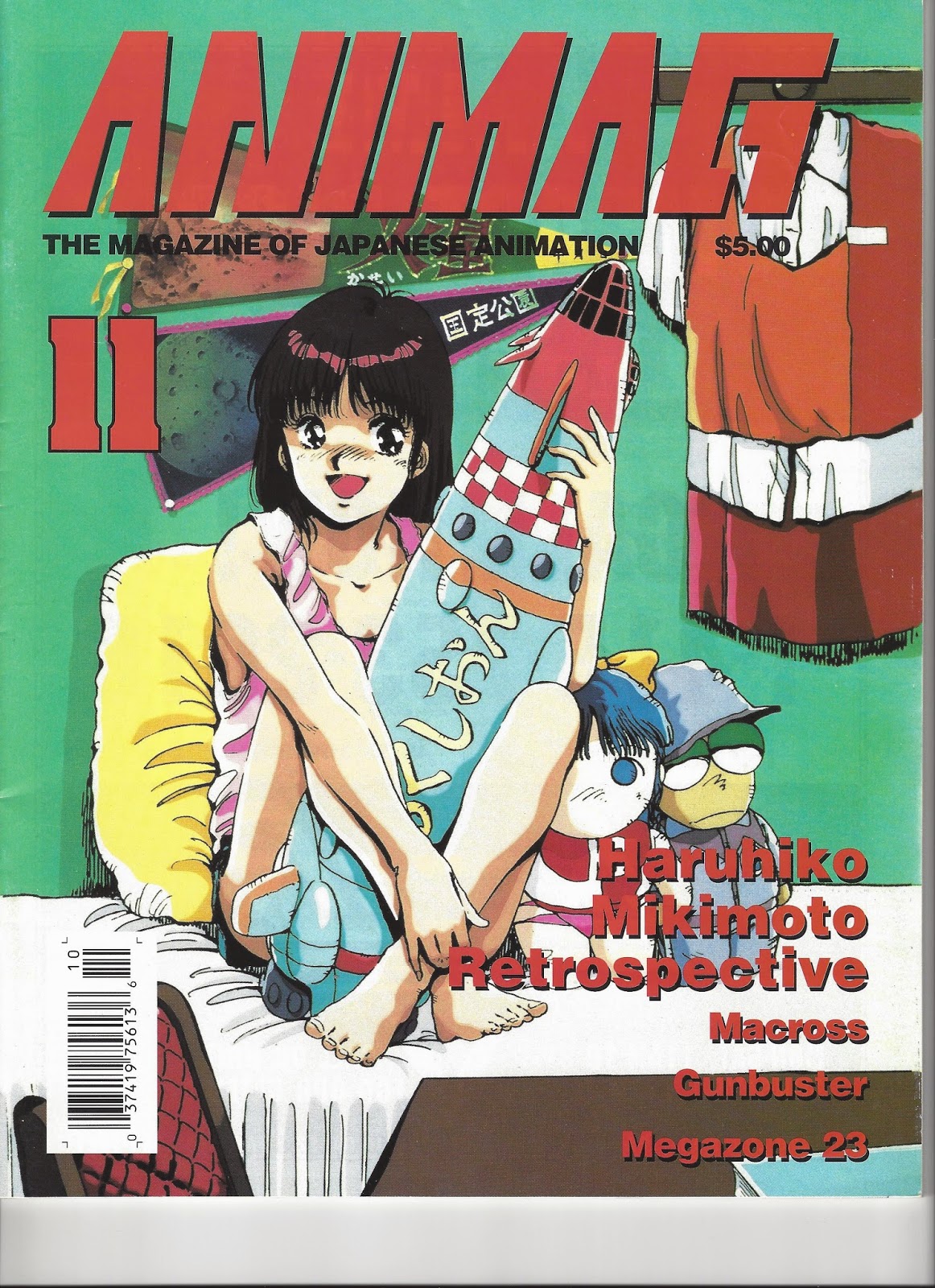 Took me until it was released on US DVD to see it. I completely believe the music change was to prevent importing back to Japan. Call me a conspiracy theorist.

But anyway Gunbuster is awesome.
Top

Imo one of my main complaints for Diebuster is that it's too long. If I were to watch it again, it'd probably be the movie version. My favorite parts were all at the end (aka the stuff most tied to Gunbuster)...because Gunbuster is always gonna be one of my favorites.

karageko wrote:Someone to whom I showed both series remarked that they liked Diebuster much less because it felt much more tropey. Thinking about this again, I'm not sure that you couldn't levy a similar criticism against Gunbuster.

I agree, though, GunBuster is very tropey but I think not only are they tropes of a different generation but I think also how GAINAX incorporated the tropes into GunBuster made it unique. DieBuster, probably for no fault of it's own, felt like all of the bad stuff of the 2000s malaise to me and that immediately turned me off.

danth - that is probably my favorite Animag cover of all time.


danth wrote:I completely believe the music change was to prevent importing back to Japan. Call me a conspiracy theorist.

While I often subscribe to said theory (i.e. Mobile Suite Gundam TV), there was a UK DVD release of GunBuster that, as far as I remember, had the Chariots of Fire theme included and I think the original US Renditions release also had it. I am more inclined to blame some squatter in a film studio not releasing the rights in this case than I am to go for the reverse importation boogey man. I also looked up and the Japanese DVDs were released in 2000, the NA ones were sometime in 2007 or 2008, so I don't know that Japanese fans would have reverse imported a series so many years after the fact.
Akihabara Renditions: Japanese Animation of the Bubble Economy
Excuse me, I need to evict some juvenile delinquents from my yard.
Top

But anyway the music is such an obvious parody that I never bought the whole copyright infringement thing.
Top
Post Reply
9 posts • Page 1 of 1

Return to “The Discuss (or, "Show Off/Plug") Your Work Section!”