Yeah, the ps1 had some great titles but saturn had some great fighters and rpgs. Saturn had a great success in Japan but SEGA's branches in other countries had little to no communication.
Top

owned a saturn about a decade ago with most of the low print run us games and some japanese imports but sadly had to sell and now they are worth like quadruple what I paid I had panzer dragoon saga and magic knight rayearth for instance! Just bought and am attempting to repair an original launch console from teh USA and may buy a JPN model from a coworker who bought it in osaka
Top

My main parts of my Saturn Collection are Magic Knight Rayearth, Burning Rangers, NiGHTS and all 3 Panzer Dragoon games to name a few. Yea I had no idea the Saturn recently has gone up that much in value, but I like my games on it so im keeping it for right now.
https://web.archive.org/web/20090724043 ... points.gif
Top

Got myself a white Japanese Saturn for a reasonable price. Got one of those Gundam Side Story games and Macross DYRL so far. Importing a few more games from Japan this week, so we'll see what happens with that. Too bad Greg isn't here anymore, I'd feel a lot better getting him to get some games for me in return for a trade or something.

I don't think I'll even bother getting any NA games. Aside from the sports games, any NA Saturn game with even reasonable quality is way overpriced here. Also those oversized NA Saturn cases are a bit annoying to look at on a shelf. Much prefer jewel cases, although they are more fragile.
Top

I didn't have a Saturn growing up (we were a PlayStation household) and only played the console a handful of times at my cousin's with games such as Street Fighter: The Movie, Loaded and Virtua Fighter if I recall correctly.

I recently began emulating other Saturn titles using SSF on a Windows 8 tablet that was kindly handed up (rather than down) to me by a younger sibling that could run them with little to no hassle. I was surprised at the differences with games like Pocket Fighter, Idainaru Dragon Ball Densetsu and Shin Butōden by how they looked and their speed (even if only slightly improved) in comparison to their respective PlayStation counterparts (Ultimate Battle 22 for Shin Butōden, of course). They felt more like arcade games, which possibly must only be natural for a Sega console with their history in cabinets.

Ironically, I've been playing them with a PlayStation 3 Sixaxis controller as it's difficult to purchase worthwhile, reasonably priced USB Saturn controllers, for example, like the currently out of production SLS USB Control Pads. I think I'll eventually go for an original controller and a Mayflash adapter but if anybody else has better suggestions or alternatives, they're more than welcomed.

I'm looking forward to checking out all of the resources and releases bought up in this thread so far but I'm surprised Konami and Hideo Kojima's Policenauts (that I only found out about last night) hasn't been mentioned as of yet. Although it wasn't exclusive to the Saturn, I've read it was the last console release of the game where any remaining improvements or upgrades from the PlayStation version were made. The art direction of it undeniably feels like a 90s anime film or OVA (probably as it's supposed to be an "cinematic adventure game"). Despite only being released in Japan, English translation patches for both the Saturn and PlayStation editions do exist. 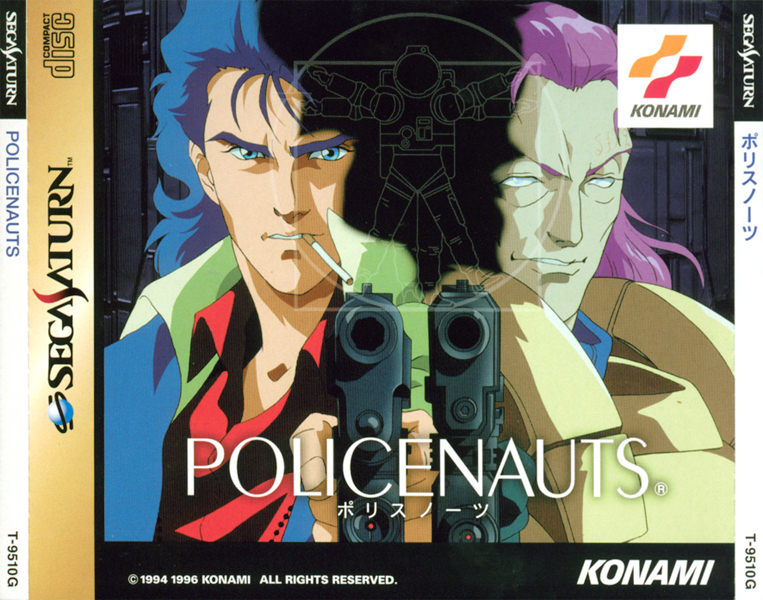 Thought the following news would be of interest here: 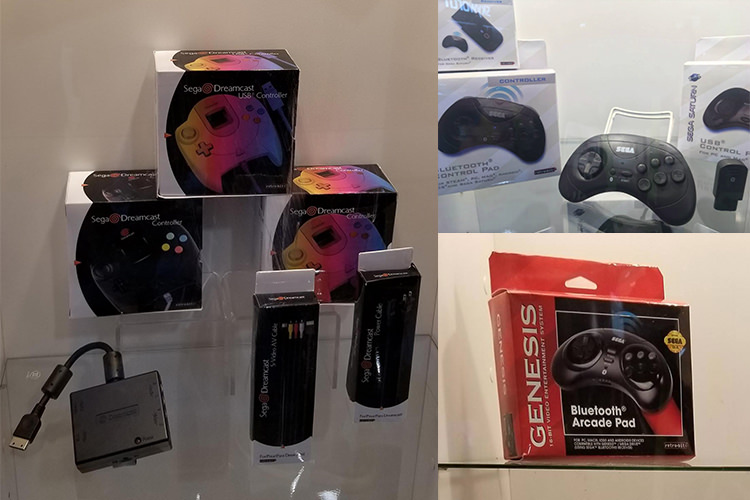 Last month we shared the news that Retro-bit would be creating USB, bluetooth and classic controllers for the SEGA Genesis, Saturn and Dreamcast, with the products debuting at CES 2018. Well CES 2018 is happening now, and images of the Retro-bit SEGA products are online! The community section of the RGT 85 Facebook page and Madlittlepixel show us just what we can expect from the new line of products. After the break, let’s check out the images and see what we can see!

I for one can't wait to get my hands on these, for emulated or official classic gaming on current (or even the previous) generation of consoles.
Top

I want that Saturn pad and Dreamcast controller for sure. The only issue I could see with the Saturn pad being bluetooth is a movement lag with it being wireless, but other than that you can comfortably play your game in any position not tied down to a controller wire, so its a double edge sword for me.
https://web.archive.org/web/20090724043 ... points.gif
Top

I have a lot of old Dreamcast parts since the arcade (now gone, alas) used Dreamcasts in many knock off cases for many old arcade games. My bud (who passed away a few years back) gave me a big box full of parts. I have a working Dreamcast, controllers, light guns, keyboard, etc. just sitting here collecting dust...
Top

DKop wrote:I want that Saturn pad and Dreamcast controller for sure. The only issue I could see with the Saturn pad being bluetooth is a movement lag with it being wireless, but other than that you can comfortably play your game in any position not tied down to a controller wire, so its a double edge sword for me.

It sounds like you're talking about the GD-ROM drives for the Naomi/Naomi 2 arcade systems. I have an Initial D cab in my garage that uses the CD technology to run those games. Those will work on Federation v. Zeon DX, Virtua Fighter 4 and a handful of other games that used the Naomi + GD-ROM drive. If they are what I think they are, I would be curious on what you want for some of those parts.
https://web.archive.org/web/20090724043 ... points.gif
Top

I've never had a chance to play any Sega Saturn games but I'm hoping that will change soon as I'm keeping an eye on Polymega, a multi-format console. I've been generally poor at playing games for Sega consoles. I generally grew up with Nintendo and Sony and lately I've been discovering PC Engine after having imported one from Japan along with more than thirty games.

I did hower end up getting the Saturn game Magic Knight Rayearth a few years ago, has anyone played it?
Top
Post Reply
31 posts