I take pictures of these gachapon machines I find while out and about here in Happy J-Land, and I put them on my Flickr page. I thought I'd start a thread here for these. 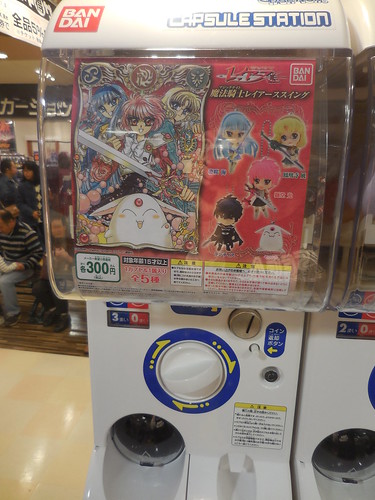 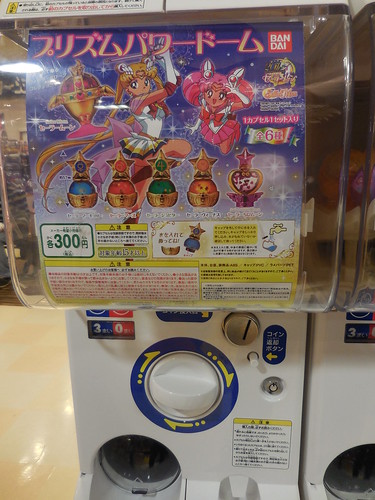 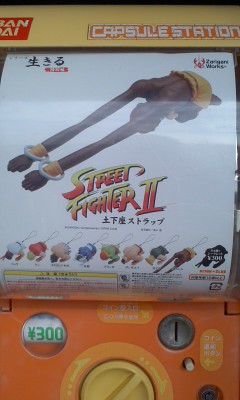 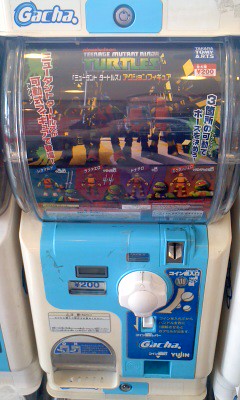 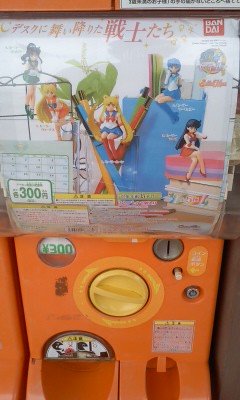 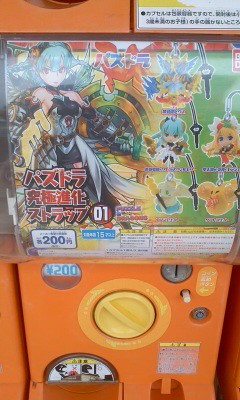 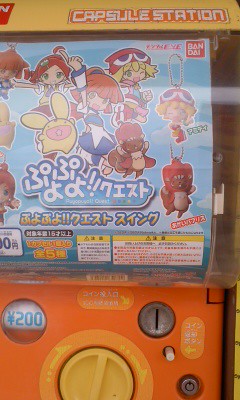 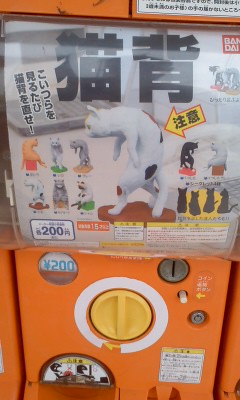 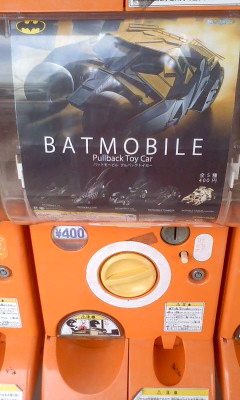 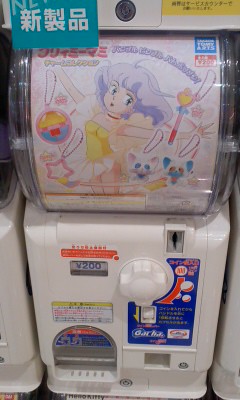 I'll share more later.
My presence on the Net, with plenty of random geekiness:
My homepage
My YouTube channel
My Flickr photostream
My Tumblr page
Top

I'd probably buy one of each of those (minus 2), those are all awesome! o:
animusubi
Resident Ranma 1/2 Appreciator!
twitter | instagram
Top

The sheer volume and variety of gashapon machines simply amazes me. As well as the entire 'support infrastructure' around it. Machines are uniform size. BANKS of machines, leased by different companies.vendors. Isn't there usually a recycle bin for the capsules? That thing would have to be cleaned out several times a day, even more when the new 'item' goes on sale!.

Sadly, no Yamato 2199. Odd, really, you'd figure Megahouse/Plex or Banpresto would be all over that. Not even 'trading kits' for Yamato 2199. Not even a reissue of all the various Yamato 'Cosmo Fleet' collections. Yeesh.

There's an entire series of Yamato Main Bridge Crew figures that's vanished into 'unproduced material' heaven, figures of the main chara with a piece of the Bridge, their duty station. But it's the Original Yamato so no interest and it can't be retooled into Yamato 2199. Argh.
Top

Yeah, my friend in Pennsylvania told me about that Yamato bridge crew series that was cancelled. It's a shame, really, that there has been no 2199 gachapons made. On my desk here at work, I have a gachapon of Koudai and Yuki embracing each other. I've no idea when it was made. I still have my boxed Yamato ship collections. I should try to find those this weekend. I know I had the Yamato and Deslar's ship, plus the red carrier ship. I cannot recall which other ones I owned. IIRC, they were blindboxed. I first saw them at a traditional candy store (dagashi-ya) and bought several. This was probably around 10 years or so ago. I also have several LOGH ones too. I don't remember if they were made by the same company or not.
My presence on the Net, with plenty of random geekiness:
My homepage
My YouTube channel
My Flickr photostream
My Tumblr page
Top

Steve,
Here are the Cosmo Fleet ships I own. I believe these were made by Megahouse. I must've thrown away the boxes when I moved to Japan. I bought these years ago at a dagashiya (traditional Japanese-style candy & snacks store) in Nagano Prefecture, which sadly no longer exists. These were blind boxed, and by chance I happened to get the three coolest ones! 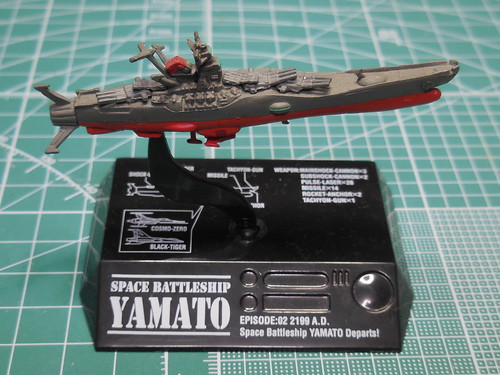 Here's the Yamato. The guns do not swivel. A friend of mine actually was able to take his off, file down the pegs, and now his turrets swivel. He's also a sculptor by trade and an expert modeler, so that's how he could do something like this with confidence. 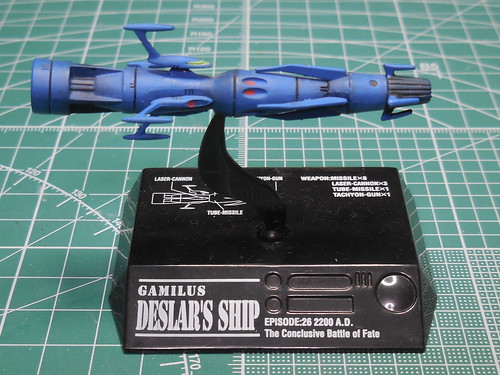 Here's Deslar's command ship. The top and bottom spines broke during shipping, so I super-glued them back on. 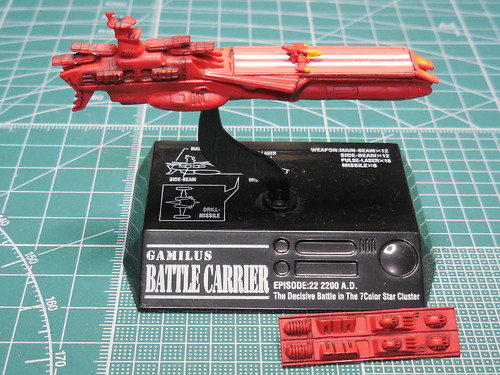 Here's the red Gamilus battle carrier. This one is pretty cool. Not only do the cannons swivel (unlike the Yamato's), but it comes with a tiny little drill launcher bomber plane which I am sure to lose someday. The flight deck can actually pop out and be replaced by the gun emplacements, just as in the anime. Neat, huh? 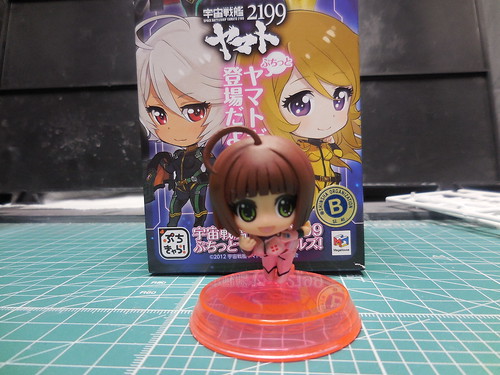 OK, so here is something new: a blind box chibi Yamato 2199 girls series by Megahouse. I found these at the Plum store in Suwa, Nagano Prefecture today for 700 yen each. I was hoping for Yuki, Akira, or Misaki, but instead I got Makoto instead. So apparently we are getting some new gachapon-style toys for 2199 after all!
My presence on the Net, with plenty of random geekiness:
My homepage
My YouTube channel
My Flickr photostream
My Tumblr page
Top

Here's a gachapon of Fujifilm cameras: 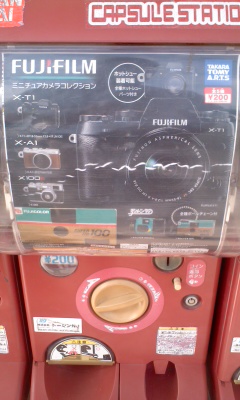 Oh wow. A Gundam gachapon. Who would've thought to make one of these? 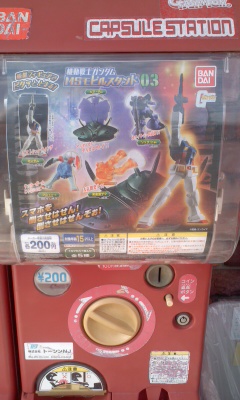 For you Utena fans: 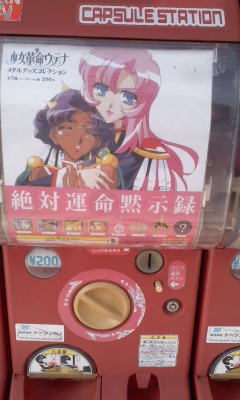 My presence on the Net, with plenty of random geekiness:
My homepage
My YouTube channel
My Flickr photostream
My Tumblr page
Top 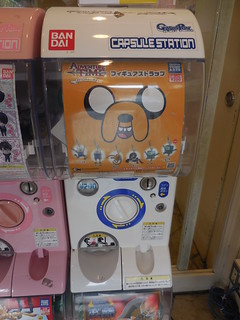 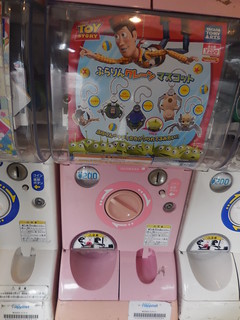 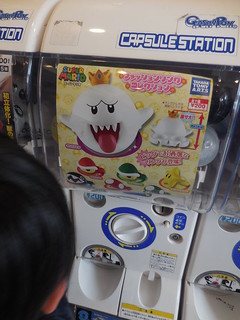 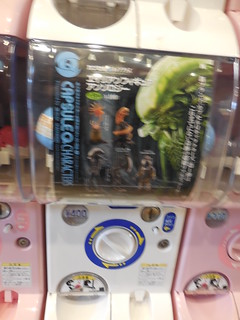 Alien Gachapon (sorry it's blurry)
My presence on the Net, with plenty of random geekiness:
My homepage
My YouTube channel
My Flickr photostream
My Tumblr page
Top 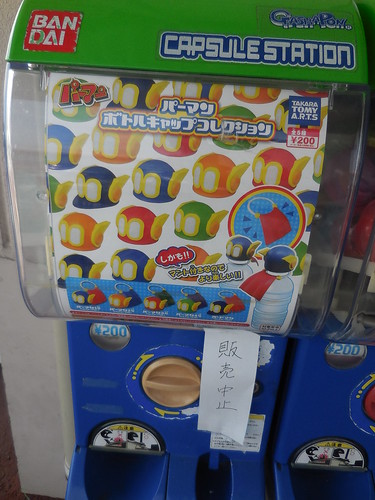 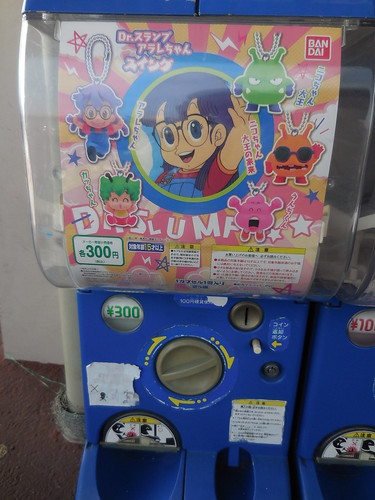 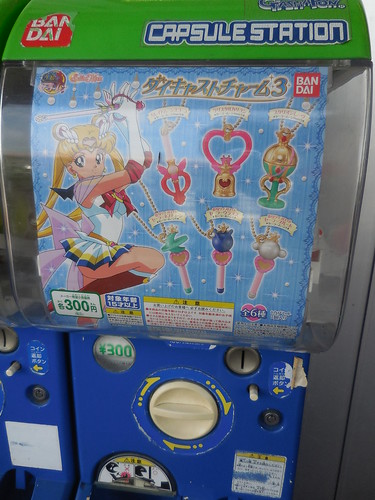 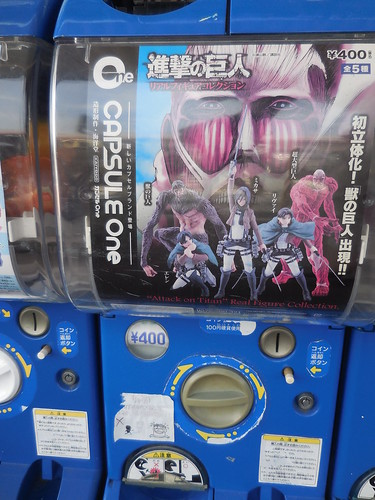 Attack on Titan gachapon
My presence on the Net, with plenty of random geekiness:
My homepage
My YouTube channel
My Flickr photostream
My Tumblr page
Top

I feel a sudden urge to own all of those Dr. Slump toys.